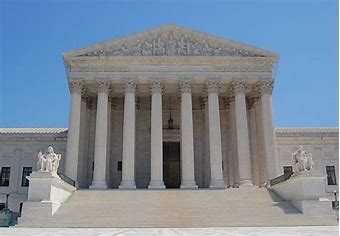 Congress created the Supreme Court by enacting the Judiciary Act of 1798, which established 13 distinct courts, three circuit courts, and a Supreme Court comprised of a Chief Justice and five Associate Justices.  President George Washington nominated John Jay of New York to be Chief Justice of the Supreme Court, with James Wilson of Pennsylvania, John Rutledge of South Carolina, William Cushing of Massachusetts, Robert Harrison of Maryland, and John Blair of Virginia as Associate Justices.  When Harrison declined to serve, James Iredell of North Carolina was nominated in his place.  The Supreme Court first met on February 1, 1790 in New York City to discuss administrative and organizational matters.  The first case heard was West v. Barnes on August 3rd, 1791.

Books About the Supreme Court