The library has created a video tutorial which provides an overview of sites dedicated to tracking the Supreme Court. Click here to view the video in a new window. 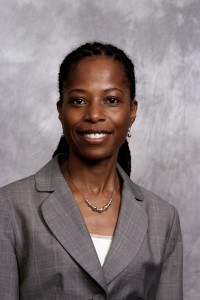 After law school, Professor Dawson joined the Civil Division of the U.S. Department of Justice through its Attorney General’s Honors Program. While at the Department of Justice, she argued cases before the United States Courts of Appeals for the Fifth, Seventh and Ninth Circuits.

In 1996, she served as law clerk to the Honorable Emmet G. Sullivan of the U.S. District Court for the District of Columbia. Following her clerkship, she worked as a litigation associate at a Washington, D.C. firm. While at the firm, she was also an adjunct legal writing professor at the George Washington University School of Law.

She relocated to North Carolina in 1999 to start a private law practice dedicated to the representation of employees in cases involving sexual harassment, discrimination, and other employment-related disputes. She joined NCCU School of Law as a full-time faculty member in 2006, where she currently teaches in the area of Constitutional Law, Supreme Court Practice, and Torts. She has been voted Teacher of the Year by both the day and evening students.