This guide will assist you in finding online and print resources on civil rights.

Selected Books From the Collection 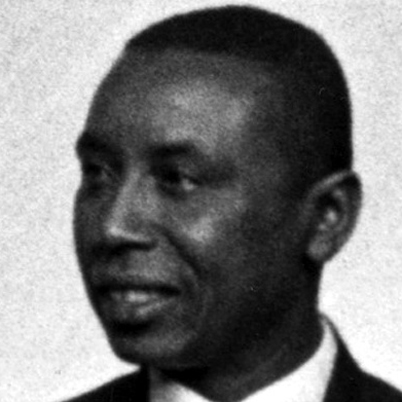 Floyd B. McKissick, Sr. was born and raised in Asheville, North Carolina.  Mr. McKissick became an entrepreneur at an early age by building wagons for other boys and creating small jobs like delivering ice to housewives.  That entrepreneurial spirit assisted McKissick in working to raise money to attend Morehouse College in Atlanta, Georgia.  McKissick wanted to attend Morehouse because they offered pre-law courses – a subject he had been interested in as a child because of acting as a lawyer in mock trials.

McKissick’s tenure at Morehouse was interrupted by WWII when McKissick left school to enlist in the Army.  McKissick earned the rank of sergeant and also received a Purple Heart and five battle stars for his service in the European Theater during the war.  After the war, McKissick returned to North Carolina and served as a youth chairman for the NAACP and worked with the Congress of Racial Equality (CORE).

During this time, McKissick’s interest in the law did not wane and he applied to the University of North Carolina’s law school.  His initial application was ignored, so McKissick worked as a waiter and with the aid of the GI Bill, returned to Morehouse College to complete more courses.  Still wanting to pursue a law degree, Mr. McKissick, with the backing of Thurgood Marshall and the NAACP filed a suit for admittance to UNC’s law school.  While McKissick was waiting for his suit to move through the courts, he enrolled in North Carolina College’s law school (now North Carolina Central University School of Law).  McKissick was active in lobbying North Carolina’s state legislature in providing funds to assist NCC in meeting accreditation requirements.  During McKissick’s final year of law school at NCC, he was finally admitted to UNC-Chapel Hill, however he had technically completed his law degree at NCC.  He was awarded a law degree from UNC School of Law in 1951 and was the first African American to receive a Doctor of Laws degree from UNC School of Law.

McKissick was admitted to the state bar in 1952 and after three years of general practice with the firm Birt and Berry, opened his own firm specializing in civil rights.

McKissick also served the Congress of Racial Equality in many capacities – from director to using his skills as an attorney to assist students in planning and initiating sit-ins.  After working with CORE, McKissick worked to establish training programs to help African Americans learn leadership skills and developed and assisted programs of empowerment.  Mr. McKissick also assisted with the creation of Soul City, North Carolina.  Soul City was envisioned as an integrated city where individuals could live together harmoniously.

In his professional life, McKissick never left the practice of law behind and in 1990 was appointed judge to the Ninth Judicial District of North Carolina.  Unfortunately before he could have a long career on the bench, McKissick died on April 21, 1991 from lung cancer.

The McKissick Collection contains materials on civil rights issues with a special focus on desegregation, housing discrimination, and race-based discrimination. The Collection is located on the second floor of the Library along the wall behind the general collection.